MURALS FOR THE OLYMPIC GAMES

In 2004, the Hellenic Olympic Committee invited one artist to represent each of the five continents for the Olympic Games in Greece and OSGEMEOS was chosen to represent the Americas. The idea for the project was to paint a giant named the Giant of Volos on the side of a building in Athens. This was the first mural of a giant that OSGEMEOS painted and it inspired them to create giant figures all over the world. There are currently giants in Greece, Germany, Holand, England, USA, Brazil and Portugal.

MURALS FOR THE OLYMPIC GAMES 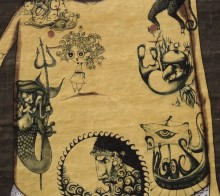 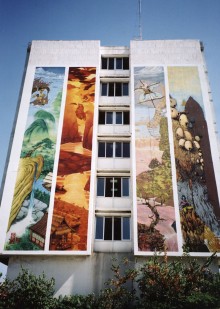 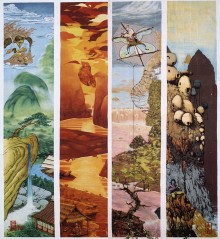