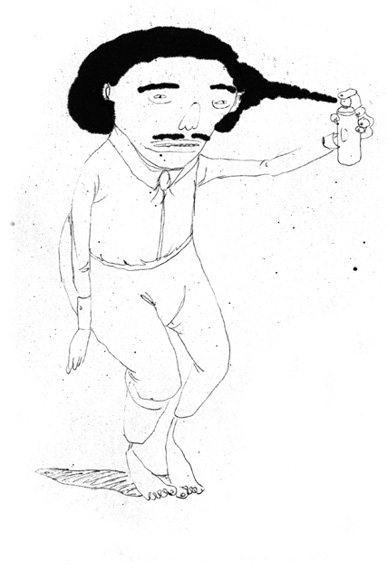 They never stopped doing graffiti, but over the years, this universe created by the duo, with which they dream and get inspiration from, overtook the streets, becoming a language of its own with so many other influences and cultures, and it is constantly evolving.

They believe in the encounters and experiences that life offers are natural and delicate. Today, recognized and admired both nationally and internationally, the artists utilize this combined visual language, improvisation and a sense of playfulness to intuitively create a variety of projects worldwide.

They have held numerous solo and group shows in museums and galleries in several countries such as Cuba, Chile, the United States of America, Italy, Spain, England, Germany, Lithuania and Japan. To understand the work of OSGEMEOS, it is necessary to allow reason to be replaced by the imaginary – walk through the doors, allowing ourselves to realize the subtleties in the world around us and to embark on an experience that exceeds the visual: to feel first and to understand later.