The Luggage Store Gallery is a nonprofit organization and it was one of the first galleries to show interest in artists from the graffiti, skateboarding and surfing scenes. It hosted the first North American solo exhibition of OSGEMEOS, "Pavil", and of other big names such as Barry McGee and Margaret Kilgallen. In 2013, the gallery invited the brothers to redo the mural on their external wall. It then became a mural in memory of graffiti artists Jade, Nekst and Tie. Still as part of this Project, the gallery also made a second mural, a collaboration between OSGEMEOS and their friend and American artist Mark Bode, on the wall of the Warfield Theatre; again in San Francisco. 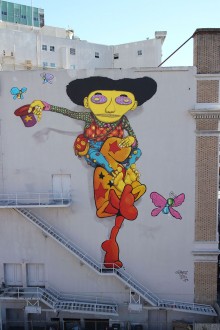 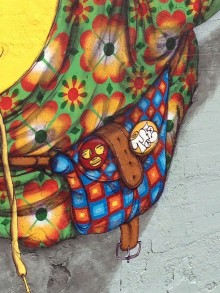 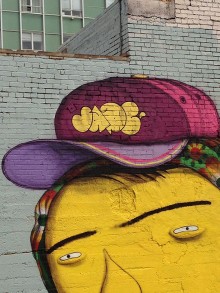 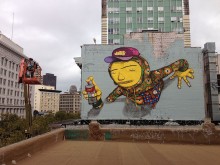 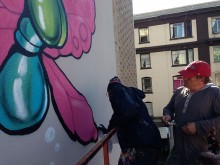