Goldman Properties and Deitch Projects invited OSGEMEOS to paint the Houston Street and Bowery wall in 2009. This historical site became famous for the 1982 mural painted by Keith Haring and recreated in 2008. OSGEMEOS were the second artists to be selected for an ongoing mural program at this site. In response the sudden devastating news of a friends passing, the brothers decided to dedicate the wall in memory of Dash Snow (SACER IRAK CREW). The mural was on view from July 17, 2009 – March 31, 2010 and it is still preserved behind the false wooden wall on the same site. 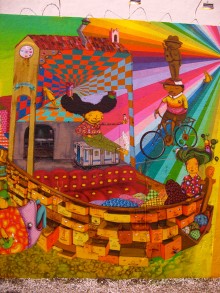 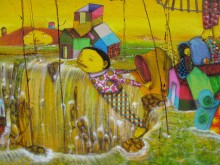 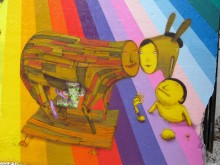 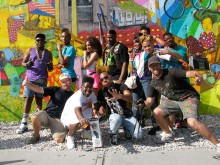 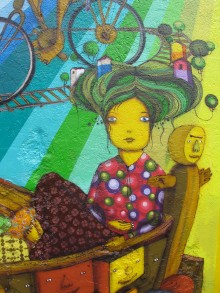 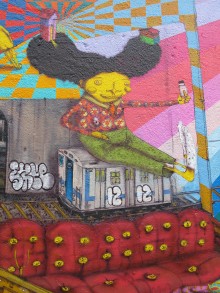 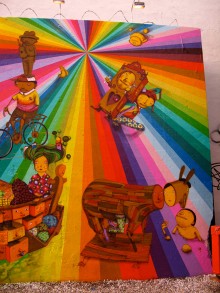 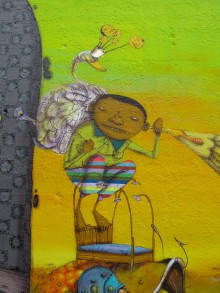 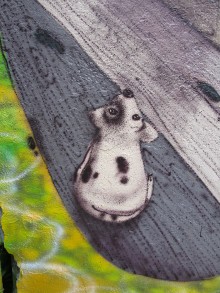 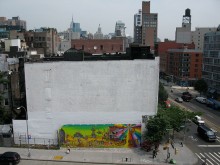 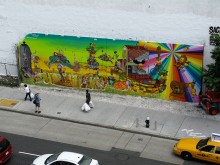 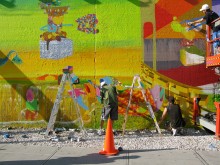 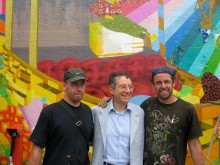