WE COME AT NIGHT

In 2006, artists from around the world were invited to the city of Wuppertal, Germany to live together and develop artistic projects, intervening with the city without permission from local authorities. After about a week studying the sites, its system structure and citizens, the artists created an installation for a local park that was removed in four days. OSGEMEOS also developed a unique and very special project for a disabled underground subway tunnel from the Deutsche Bahn AG – Train Company of Germany. The subject matter was composed of paintings based on the Second World War. To paint the tunnel from end to end on both sides was 1 kilometer in length. OSGEMEOS purposely used special fire torches to create the works, and listened to Pink Floyd while painting. Today, little remains of the original tunnel – but despite the moisture, dust and marks in red made by DB for the maintenance of the tunnel, you can still see a lot of OSGEMEOS’ characters.

WE COME AT NIGHT 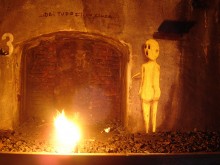 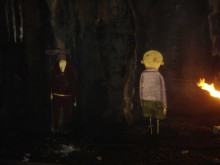 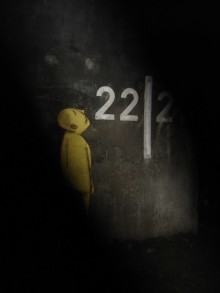 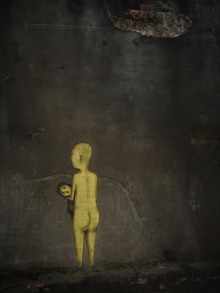 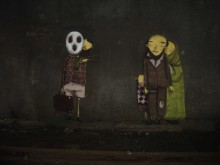 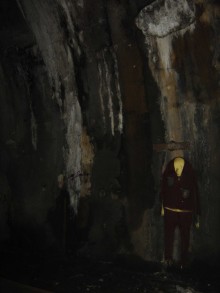 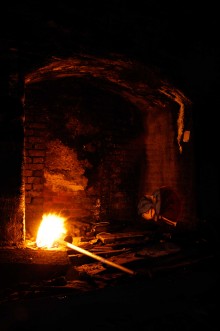