The director Raphel Vieira invited OSGEMEOS to make an artistic interventions in the traditional train station Leopoldina, in Rio de Janeiro. The station was used as a location for the some of the scenes in the film "Dores de Amores" (Portuguese for Love Pains), a drama adaptation of the play by Leo Lama, written in 1989 that features performances by Milhem Cortaz, Fabiula Nascimento, Walderez de Barros, among others. The brothers were very happy with the invitation because of their friendship with the team and for making a small contribution to the scenes in the reflection of the characters. 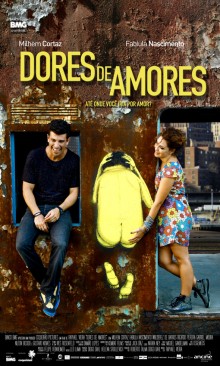 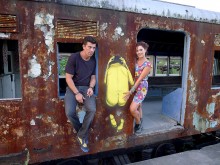 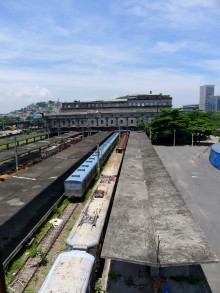 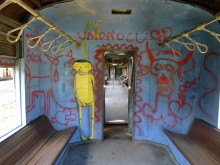 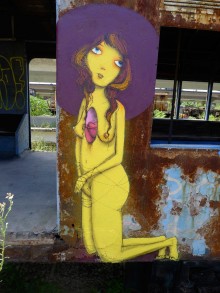 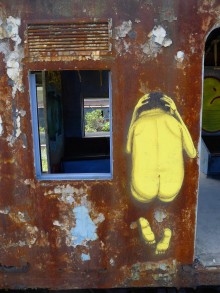 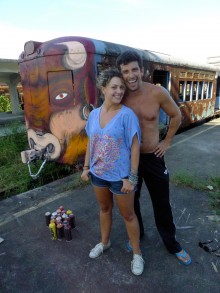 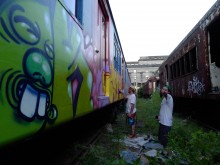 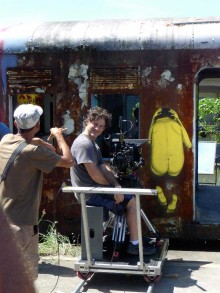 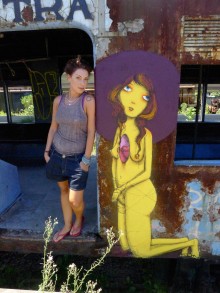