The commemorative edition of Inde Hip Hop Festival organized by SESC Santo André, brought together various vectors of the hip hop culture. Rap groups, b-boys and graffiti artists took part in this festival, which was a reference to the 10 year anniversary of the festival Dulôco that occurred in 1999 in Sao Paulo. OSGEMEOS made a huge mural in collaboration with Finok and Toes, and were able to meet with friend and iconic b-boy Ken Swift, the from the legendary New York crew Rock Steady, who held some workshops at the event. 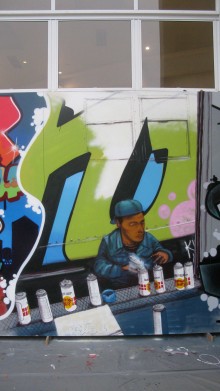 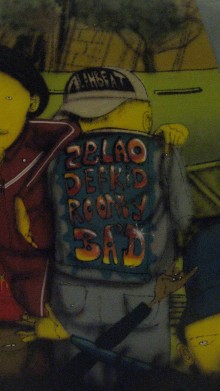