The brothers Gustavo and Otavio Pandolfo are already producing at full speed at their studio in Cambuci for their next big exhibition in São Paulo. Still untitled, this time the exhibition will take place in the shed of the Galeria Fortes Vilaca, located in the downtown area. The show, which opens its doors to the public in late June 2014, promises to occupy the entire 1.500m2 space. 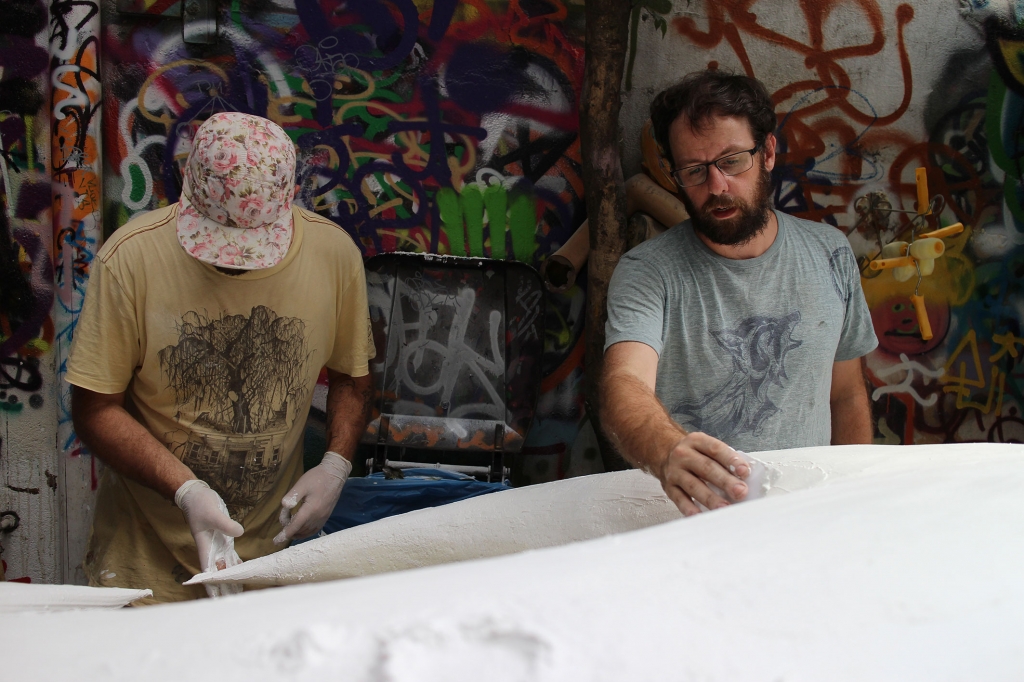 The last exhibition by OSGEMEOS in Sao Paulo was “Vertigem” (translated as Vertigo), held in 2009 at the Museum of Brazilian Art – FAAP. It was an absolute hit, receiving 6,300 visitors on the first weekend and an incredible 74,000 by the end of the exhibition’s run. “Vertigem” was also the winner of the “Best of the Arts 2009 APCA” award in the category of “Best Exhibition” .

The show will grant free entrance to the public, and will run until the end of August 2014, Tuesday to Sunday .