The mural was first revealed in July 2009, and was exposed until March 31, 2010, when it was covered by a false wooden wall. Since then, Goldman Properties has created a curatorial program of art on this site, inviting many legendary artists to create their works there. The project began with OSGEMEOS, and then displayed many other artists. 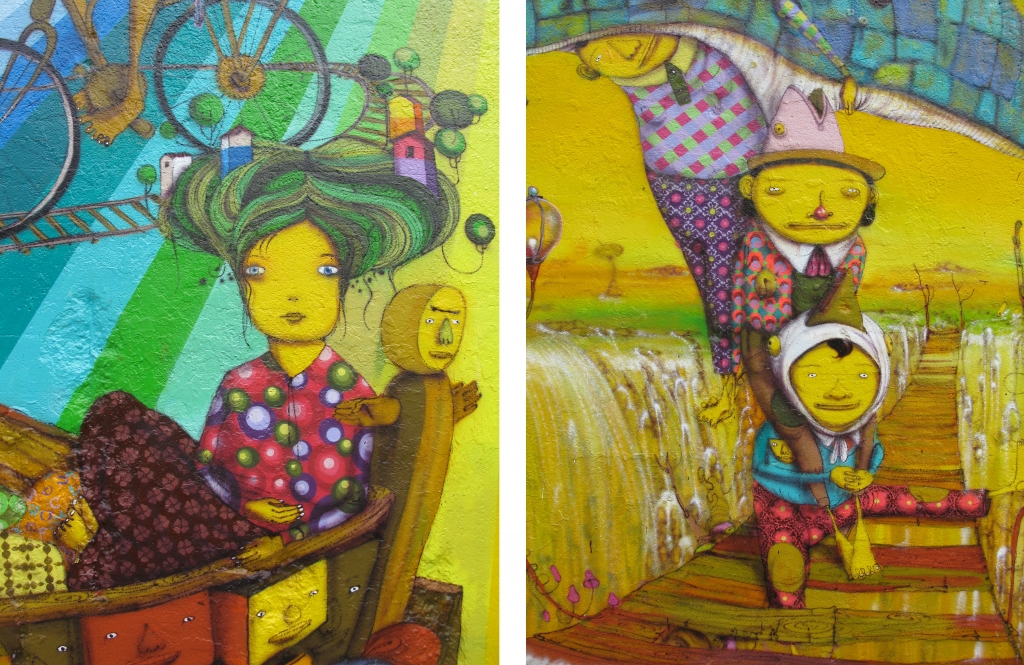 Details of the wall. Photos: OSGEMEOS

Originally inspired by the sudden and devastating news of the death of two friends in 2009, the brothers decided to dedicate the work to the memory of Dash Snow (SACER IRAK CREW), and Iz the Wiz. Four years later, the public can see the mural again, starting from this week.

This movement of public art on the corner of Bowery and Houston streets is not recent. Began in 1982, when Keith Haring painted a mural on the abandoned wall in corner of both streets. The wall was covered up until 2008 when, on the occasion of the 50th anniversary of Haring, his mural was recreated. OSGEMEOS painted their mural in the following year. 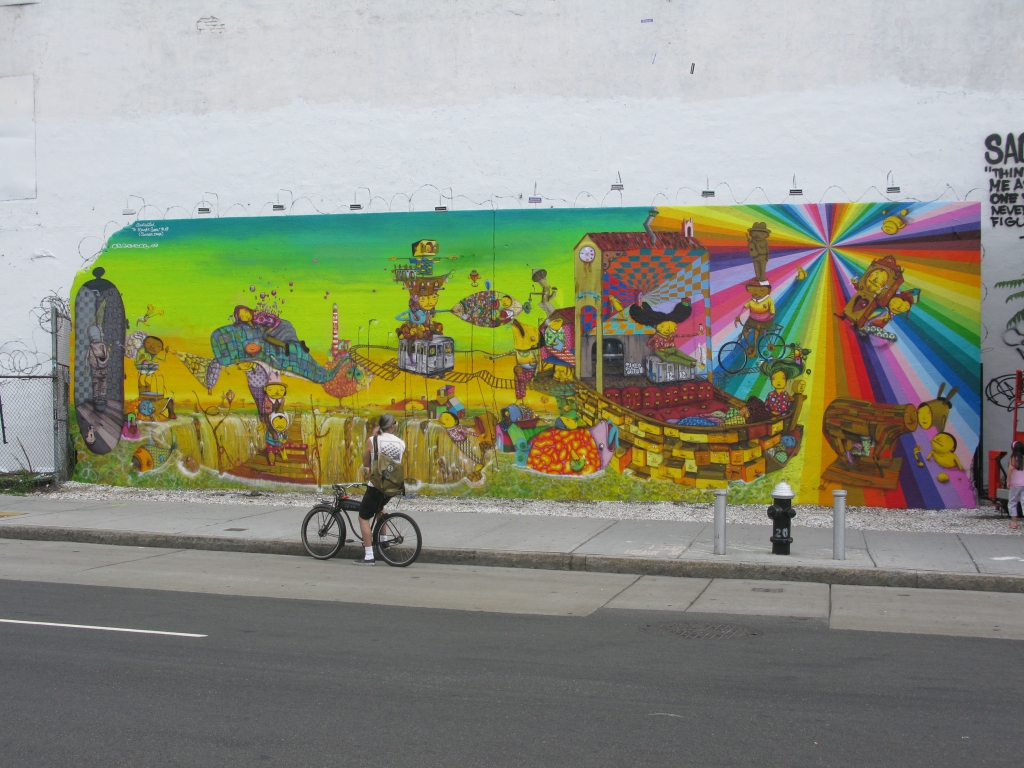