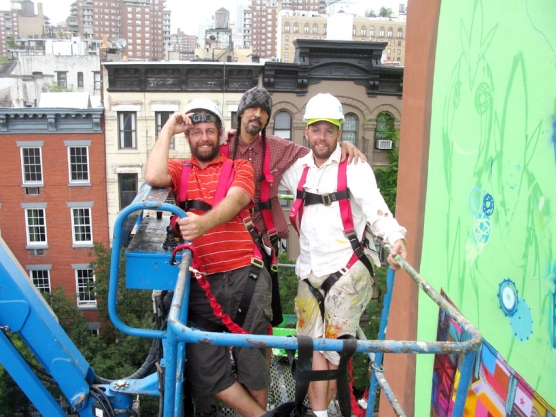 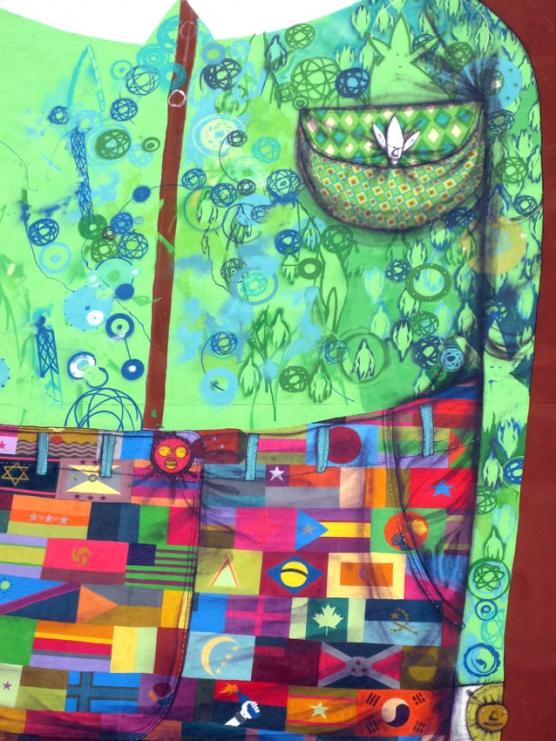 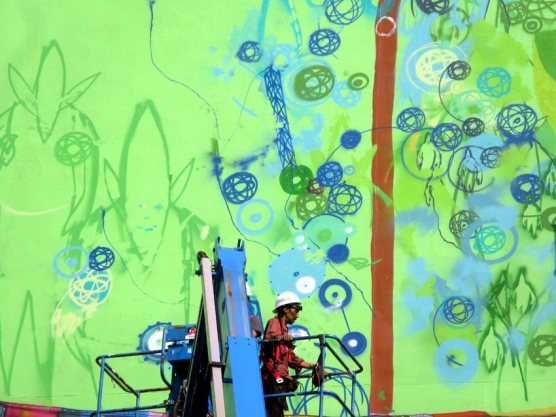 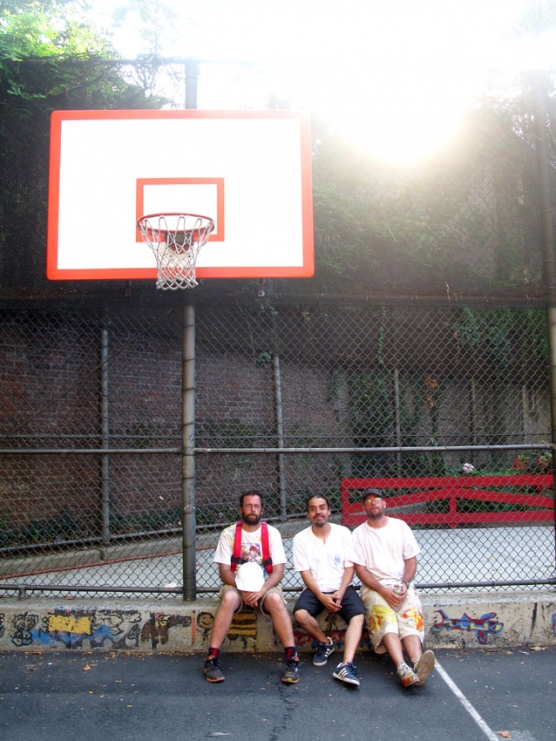 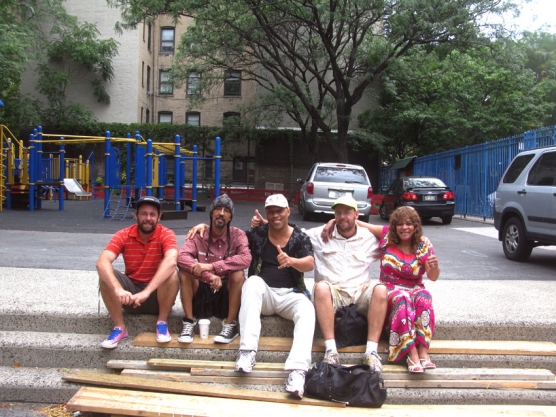 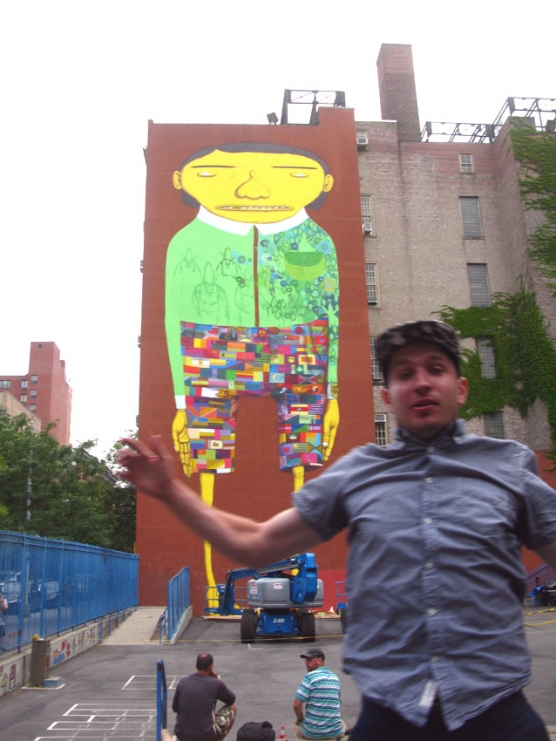 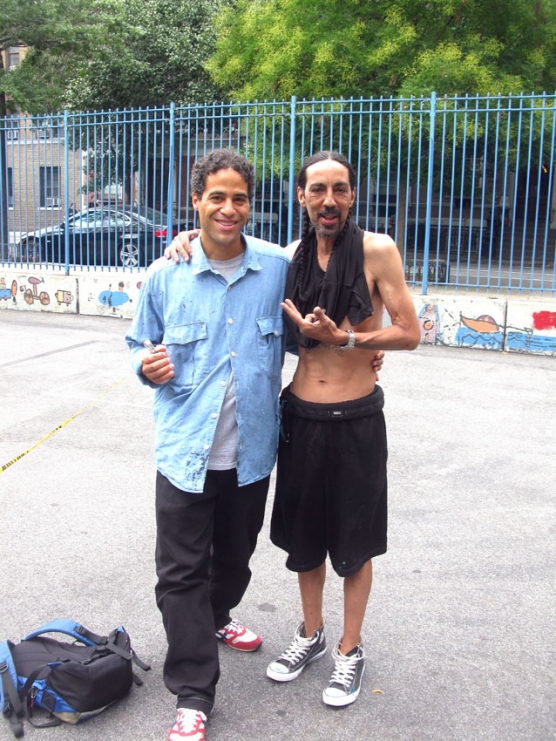 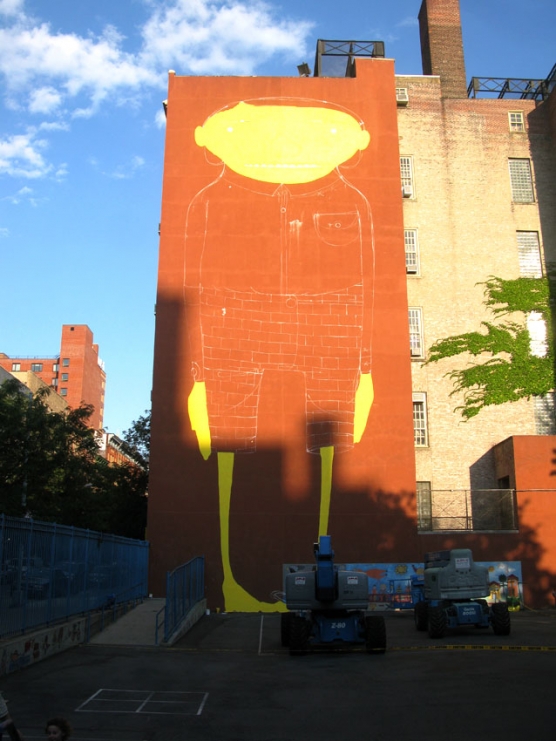 the “giant project” in NY…

We love New York City!, especially in the Summer time. It’s great to be back to visiting friends and seeing all the new graffiti in the streets.
This past Sunday we began a new mural in Chelsea, on the exterior wall of PS 11 (320 West 21st street ) together with the legendary Futura2000. The project was organized by Allen Benedikt (from AKANYC and 12ozProphet.com) with support from the Artists, AKANYC, Montana Colors and in conjunction with the Nike World Basketball Festival.
The idea was to bring a ‘Gigante’ to NY, as we’ve done in Greece, Holland, Lisboa, London and Sao Paulo.
Uniting two different styles from opposite extremes was one of the challenges, as well as the objective. The idea was to unite two styles that are completely different so they become one. The concept behind the flags (with the colors completely altered from their originals) signifies unity, a world without borders, combined to form “one world one voice”.
Without distinction to language or race…
We also sought to establish a visual communication with the children of PS 11 and the surrounding community that walk by the mural each day.
Futura working on the pattern for the shirt, which we hope will prove that two styles from different extremes can combine harmoniously….
The wall is finished today! we love it!